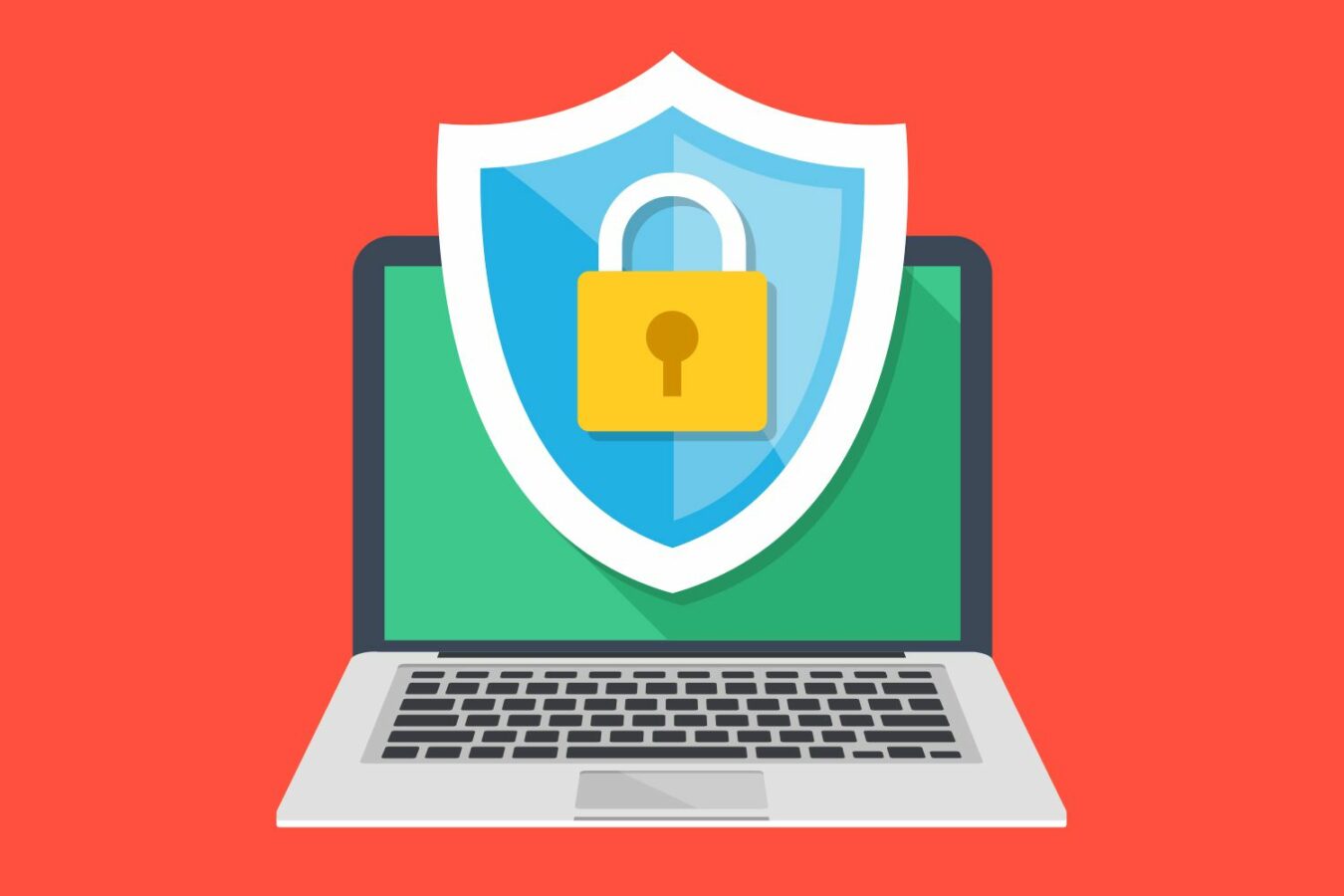 At least one data breach has impacted 64 percent of Americans, according to estimates.
Personal data is at risk, including Social Security numbers, birth dates, bank account information, and credit card details.
That information is then made available on the dark web, where it can be utilized to wreck your finances.
In reality, on the dark web, personal information of persons with a high credit score can be sold for a very low price.

Cyberattacks on businesses are extremely expensive. In 2021, the costs of compromising records, neutralizing an attack, downtime, and repairs, among other things, totaled $4.24 million.
2
Installing the correct antivirus software at home or at work is one step you can take to avoid becoming a statistic in the future. Antivirus software nowadays does more than just identify viruses; it also protects against malware and other types of attacks.
It’s difficult to know which antivirus software is best for you when there are hundreds to choose from.

We looked into 20 solutions that cybersecurity professionals suggested as their software of choice, taking into account the software’s antivirus, malware, and ransomware protection. We also took into account things like different device safeguards and free version options.
Here are a few of our favorites.

The 7 Best Antivirus Software of 2022

Because its commercial edition provides the most comprehensive protection, it is our recommendation for the best overall antivirus software.

Bitdefender is based in Bucharest, Romania, and was formed in 2001. Bitdefender Plus is the company’s entry-level antivirus software, making it appropriate for non-technical home users and anyone looking for basic protection against threats.

Because viruses aren’t the only cyber-threats, Bitdefender Plus includes a number of security-focused features, such as ransomware protection, monitoring online purchases and web-based transactions, and password management, which allows users to create unique passwords for everything, all of which can be controlled from a single dashboard.
Bitdefender Plus is a security program that works on Windows, Mac, Android, and iOS.

Best for Windows Norton 360 With LifeLock

Sign Up Now
With its PC maintenance capabilities, Norton 360 with LifeLock continues to build on its reputation as a top antivirus choice, making it the best for Windows machines.

Under the Symantec umbrella, Norton released its first antivirus software in 1991.
LifeLock was purchased by Symantec in 2018, and the name was changed to NortonLifeLock in 2019 after the company’s enterprise business was sold.
The headquarters of the corporation are in Tempe, Arizona.

Users can choose from many editions of this program, each with different capabilities, but even the most basic version includes PC maintenance functions (including the ability to speed up bootup) and 2GB of cloud backup.
Dark web monitoring, a VPN, and 100GB of cloud backup are all included in Norton 360 Standard.

The quantity of cloud storage available rises as the package level increases. The mid-tier Norton 360 with LifeLock Select costs $149.99 per year and includes licenses for up to five devices (including Mac) as well as 100GB of cloud storage.
Parental controls, school time/remote learning controls, VPNs for all devices, and webcam protections are all available.
With one license, Norton Antivirus Plus costs $84.99 per year.

Sign Up Now
Webroot SecureAnywhere for Mac is a phishing detection and scanning solution created exclusively for Macs.

Webroot headquarter is in Broomfield, Colorado, and has offices throughout the world, including Japan, Europe, Australia, and California. The company was established in 1997, and its first antivirus product was released in 2006.
The company was purchased by OpenText in 2019.

Webroot SecureAnywhere for Mac is the finest antivirus protection for Mac machines in our opinion. While most viruses are designed to infect Windows machines, Macs are vulnerable to other malware, ransomware, phishing attempts, and even Apple-specific viruses.

This software has a little footprint on your computer’s operating system, but it does lightning-fast security assessments and is one of the best at detecting phishing. When you install Webroot, you can provide an email address to get warnings about new dangers.
Webroot’s UI is more similar across platforms than other antivirus software for individuals who use both Windows and Mac. The biggest distinction is that Webroot for Mac does not come with a firewall.

Webroot SecureAnywhere Antivirus is now on sale for $29.99 for a year, although the regular price is $39.99.
This pricing is for a single device. A 70-day money-back guarantee is included.

Sign Up Now
McAfee Antivirus Plus is our best pick for multiple devices since its subscriptions provide affordable protection for all of your devices.

McAfee Antivirus Plus is the only antivirus solution that identifies the expanding number of devices in a single household, which may comprise four or more operating systems.
While the security and functionality for Windows and Android are superior, the protection is still enough for all devices, removing the need for families to acquire multiple antivirus memberships.

The base package includes support, safe web browsing, and antivirus for up to ten devices. The MTP 10 Device plan covers 10 devices for a year and includes features including comprehensive home network protection, a password manager, encrypted storage, and identity theft protection.
One-year subscriptions with unlimited device protection are also available.

Sign Up Now
Trend Micro Antivirus+ Security is our top recommendation for premium options since it includes an aggressive antivirus system at a fair price.

Trend Micro was formed in the United States in 1988, but is now based in Tokyo, Japan. The company operates on a global scale and has a slew of IT sector collaborations.
Trend Micro Antivirus+ Security not only provides an aggressive antivirus system at a reasonable price, but it also includes a number of security tools, such as layered ransomware protections, a firewall booster, and the Pay Guard browser, which offers the safest levels of protection for online banking and purchases.

Trend Micro’s Advanced AI Learning feature is included in every edition of this antivirus software, and it detects new ransomware strains and other emerging threats and stops them before they do damage to the computer network.
Only the highest tier of the product family offers password management and protection.

For individuals who don’t want to micromanage their security, this is the antivirus software alternative. This version is exclusively available for Windows, although Trend Micro also sells a Mac version.
Mobile operating systems are also supported by the highest tier plan.

Sign Up Now
Malwarebytes, our top pick for malware scanning, is the best at eradicating malware on demand of any supplier.

Malwarebytes is a cybersecurity company based in Santa Clara, California, that focuses on securing personal computers and mobile devices.
Malwarebytes’ free edition is limited but effective. It doesn’t have a lot of advanced features or safeguards; all it does is identify and remove malware.

Hence malwarebytes is a great tool for catching, quarantining, and uninstalling malware that is wreaking havoc on your computer.
You can use the free version to run a full or quick scan at any time, and it will provide a report on your system.

Malwarebytes’ commercial version includes 24/7 monitoring, protection against exploits, ransomware blocking, and protection from compromised websites.
Antivirus software is available in the premium version.
The free version scans for and removes malware on demand, but it should always be used in conjunction with more comprehensive antivirus software.

While the software is accessible for a variety of operating systems, the premium options are only available for Windows. A paid subscription for a year costs $29.99.
A 14-day free trial is available, but the free version remains on your computer and can be used whenever you choose.

What Is Antivirus Software?

Hence antivirus (AV) software detects, blocks, and removes harmful malware from a computer or a network.
AV software is a recommended layer of any cybersecurity system since it is frequently the first line of defense to protect the computer before malicious malware has a chance to dig too deep.
It protects a computer or network by preventing the virus or other dangerous code from propagating to other computers or networks.

Hackers can exploit your personal information to buy products fraudulently, ruin your credit score, deplete your bank account, and overall cause financial chaos for you and your business.
The very least you can do to protect yourself is install antivirus software on your PCs.
In a study conducted between November 2019 and May 2020, it was discovered that having antivirus software thwarted up to 95% of threats.

Windows continues to fight viruses that exploit operating system flaws, antivirus software is the first line of defense.
Windows 10 is the first version of the operating system to incorporate its own antivirus software.
Microsoft Defender is a decent free solution that provides basic security without requiring consumers to worry about it.
However, if you require certain protections, the best alternative is to purchase a paid version that meets your requirements.

However, there is a long-held misunderstanding that Mac and Apple computers are impervious to viruses and other harmful software attacks.
That was true two decades ago, but as Apple devices grew in popularity, fraudsters saw an opportunity to create viruses and malware for them.
In addition, a rising number of assaults are bypassing the operating system and going straight to apps and web portals, putting any computer system at risk.

One thought on “The 7 Best Antivirus Software of 2022”