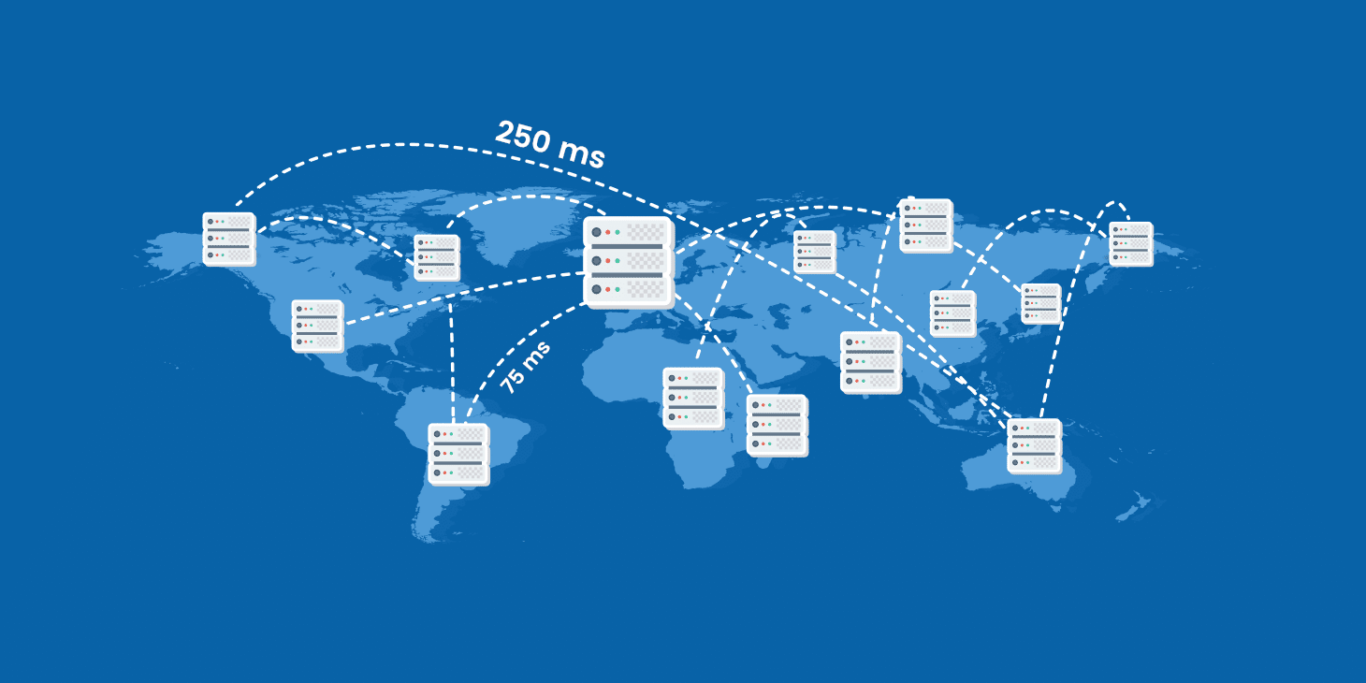 In most cases, latency is measured in milliseconds (ms).

Typical, approximate, values for latency that you might experience include:

Why is latency important?

People frequently believe that high bandwidth equals high performance, but this is not the case.

Latency, on the other hand, is the time it takes for data from one end of your network to reach the other.
In reality, we commonly measure the round trip time for data to travel from one end to the other.

Why is it necessary to keep track of time in both directions?

TCP, as we’ll see later, sends acknowledgement bits back to the sender, which turns out to be quite important.

Latency can become a particular problem for throughput because of the way TCP (Transmission Control Protocol) works.

TCP is responsible for ensuring that all of your data packets arrive at their destination safely and in the correct order.
It stipulates that only a particular quantity of data be transferred before an acknowledgement is required.

Consider a network path as a lengthy pipe carrying water to a bucket. Once the bucket is full, TCP forces the sender to wait for an acknowledgement to arrive along the pipe before sending any more water.

Consider a case in which water travels down the pipe in half a second and the acknowledgement takes another half a second to return… a total delay of one second.

The TCP protocol would limit you from sending more than 524,280 bits in a single second in this instance.
The maximum speed you could send through this pipe is 524,280 bits per second (bps), or half a megabit per second.

The only thing driving this is latency (barring other issues that may slow things down).

So how does latency impact throughput in real life?

Obviously, if you have latency-sensitive apps, you must be aware of your network’s latency.
Keep an eye out for circumstances where there is unusually high latency, which will slow down throughput.
International circuits, for example.

Another intriguing scenario is 4G Cellular WAN, in which the 4G network establishes a dependable, high-speed link to your corporate network or the internet.
This entails the use of many SIM cards that are frequently joined together to create a single, extremely reliable connection. In this instance, the bonded connection’s latency tends to be the highest of all the individual connections.

But keep in mind that latency isn’t the only reason for poor app performance.
When we looked into the core cause of performance issues in our customers’ networks, we discovered that the network was responsible for only 30% of them. The remaining 70% were due to problems with the application, database, or infrastructure. To get to the bottom of such issues, you may need to conduct an Application Performance Audit or install Critical Path Monitoring on your IT infrastructure.
In general, you’ll use a Network and Application monitoring toolkit to track latency and other performance-impacting factors. More information on how to establish the best managed network provider monitoring can be found in this page.