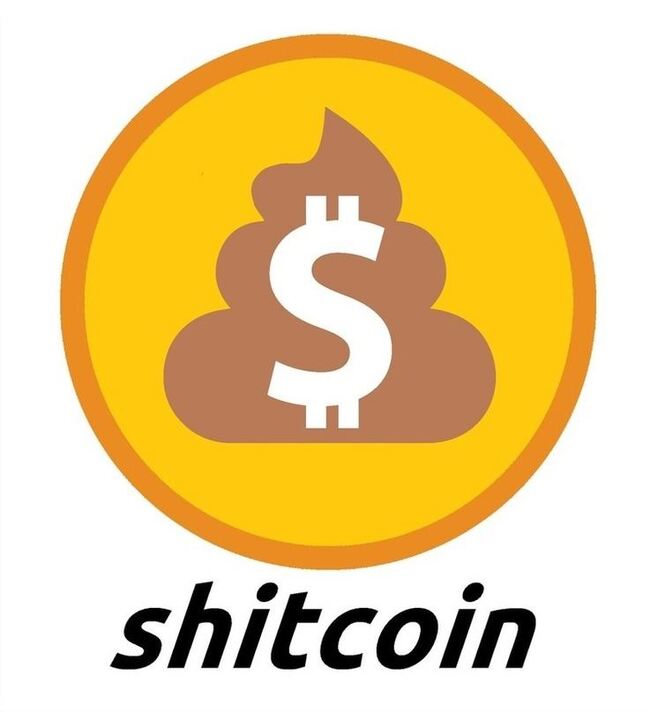 Shitcoin disparagingly describes certain cryptocurrency projects, that is why the term shitcoin is one of the most contentious in the crypto world. Many of the cryptocurrency initiatives dubbed “shitcoins” are simply duplicates of Bitcoin that don’t add anything new or improve the technology they employ in any way, or are even scams.

Many new terminology and idioms have emerged in the crypto ecosystem since the birth of Bitcoin, such as shitcoin. A word that is commonly used to dismiss several cryptocurrency alternatives to Bitcoin or altcoins.

The phrase “shitcoin” refers to all of the worthless cryptocurrencies on the market. Cryptocurrencies that have no specified purpose, are provided at speculative pricing, or have no utility since they are a cheap duplicate of previous initiatives. As a result, it is a subjective term that each individual might apply to the cryptocurrencies they are considering.

Hundreds of thousands, if not millions, of coins and tokens exist.

Some wanted to mimic the Bitcoin system and fix the issues it had, while others, like Ethereum, wanted to innovate in a wholly new and cutting-edge initiative. However, projects began to arise that did not contribute to the development, progress, or value of the blockchain technology that Bitcoin had adopted. Projects that were essentially a carbon copy of his whitepaper and lacked specific goals and objectives. It was the beginning of the shitcoin era.

How to identify a shitcoin?

Many individuals consider any cryptocurrency other than Bitcoin to be a shitcoin. Is this accurate? It is, as previously stated, somewhat subjective.

When a new crypto project is constructed and launched, it is given particular features or attributes that give it a level of trustworthiness and security. However, if a project promises significant and revolutionary improvements to the crypto sector but lacks clear expectations and aims, defined functionalities, or mystery developers, it is almost a shitcoin.

With today’s rapid technology advancements, receiving notifications or advertisements about the introduction of new projects that promise an infinite number of benefits is fairly usual. However, certain aspects must be in mind when analyzing these endeavors in order to avoid being dazzled by the thousand delights they provide. To have a clear and accurate picture of whether or not they are trustworthy.

Some elements to consider

New cryptocurrencies almost created as a result of an ICO, which stands for Initial Coin Offering in English. These offers are always in order to market and position the cryptocurrency or altcoin that they are launching in order to attract investors interested in investing in their projects by purchasing coins.

However, initial coin offerings (ICOs) are not necessarily trustworthy or secure. In fact, the ICO boom in 2017 exacerbated the crypto community’s scam concerns. As a result, below are some suggestions for identifying a shitcoin cryptocurrency:

In all of these cases, the developers establish the project, launch it, and advertise it in the market. Then quit it once they have made a profit at the expense of investors. They do not return to devote time or effort to further refining the code, resulting in a shitcoin that adds nothing to the system.

What cryptocurrencies are shitcoin?

Many prominent figures in the crypto sector refer to all cryptocurrencies other than Bitcoin as shitcoins. However, this frame of view is not good for the community. Ethereum (ETH), EOS (EOS), Litecoin (LTC), Monero (XMR), Namecoin (NMC), and other cryptocurrencies have proven helpful. They have helped to the development and adoption of blockchain technology and new capabilities.

Ethereum, which added the ability to create smart contracts or smart contracts to the system, is perhaps the clearest illustration of this. A feature that has shown to be critical in the development of a decentralized ecosystem that continues to grow and change.

Monero, ZCash, and GRIN are some examples of cryptocurrencies that have demonstrated that there are more powerful ways to retain privacy and even anonymity. They’ve also looked into new sorts of encryption that previously seemed unachievable.

Other implementations, such as Dent (DENT), BitTorrent (BTT), TRON (TRX), and Dogecoin (DOGE), on the other hand, are actual shitcoins by many experts. These initiatives were without a clear or helpful goal. That is why they were to benefit their creators rather than to bring value to the system. Indeed, BitTorrent Token (BTT) has been accused of plagiarism on multiple occasions, charges that have tarnished TRON (TRX).

However, it must be emphasized that each individual’s view or opinion of a cryptocurrency or altcoin like shitcoin is unique. For example, John McAfee, who has recently expressed his displeasure with Bitcoin, believes that it has devolved into a shitcoin. Many people definitely do not share his way of thinking. Other useful cryptocurrencies are likewise as shitcoins by those who hold a particular viewpoint. As a result, there may always be a disagreement over which money is the most beneficial. Despite the fact that many have declared unequivocally that they do not bring any value.