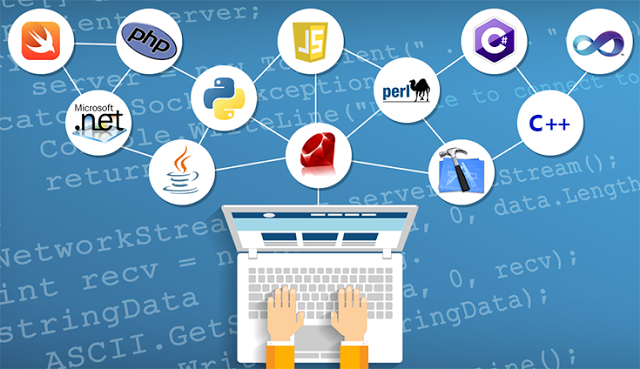 You don’t want to squander your precious time.
If you’re going to devote the time and effort required to learn new programming languages, you’ll want to make certain that the languages you choose are the most in-demand on the market.

After all, you’ll need to be at the head of the class if you want to start (or advance) a career in software development.
You’ll need to figure out which programming languages are popular, useful, and up-and-coming on the market.

Don’t know where to start?
Don’t worry; we’ve already done the legwork for you by analyzing developer and industry data over the last few years to discover patterns and create findings that can aid your programming education planning.
We’ll walk you through the 11 most popular programming languages and give you some tips on how to learn them in this article.

But first, let’s go over how we came up with this list in the first place.
We had two key research questions when we sat down to figure out what the most in-demand programming languages for 2022 may be:

While following trends isn’t always the greatest approach to determine which languages to prioritize, the popularity of a language can suggest its commercial importance.

The Most In-Demand Programming Languages for 2022

JavaScript is a scripting language that is used to control the behavior of web pages.
Coders can use it to construct dynamic web elements like animated images, interactive maps, and clickable buttons, among other things.
Combining HTML, CSS, and JavaScript gives programmers more control over their websites. It allows them to create a better user experience in terms of navigation and readability.

JavaScript is the most widely used coding language in the world today.
This is due to the fact that it is used by the majority of web browsers and is one of the easiest languages to learn.
JavaScript requires absolutely no prior coding experience. Once you’ve learned it, you may instantly practice and play with it.

Moreover, because the language is so ubiquitous, there are countless communities, courses and avenues of professional support available online. This support makes JavaScript number one on our list of the most in-demand programming languages.

Python is a general-purpose programming language that allows developers to create programs in a variety of programming styles (functional, object-oriented, reflective, and so on).
Python was used to create a number of well-known digital tools and platforms, including YouTube, Google Search, and iRobot machines.
It’s also the second-most-in-demand programming language for hiring managers in the Americas, after Python, according to HackerRank (PDF, 2.4 MB).

Python is a great language for beginners and expert coders alike because it is one of the easiest to learn and use.
The language includes a large library of commands and tasks that are commonly used.
Its interactive features enable programmers to test code as they write it, saving time spent writing and testing lengthy chunks of code. Python is easily one of the most marketable and in-demand programming languages in 2022, with over 50% of hiring managers (PDF, 2.4MB) seeking applicants who know the language.

HTML is a markup language, which means it is in charge of arranging the look of information on a website.
It is mostly useful to define web pages that contain plain text.
It is confined to writing and arranging text on a website and does not have the same functionality as the other computer languages on this list. The HTML domain includes sections, headings, links, and paragraphs.

CSS, or cascading style sheets, is a style sheet that regulates the appearance of a website and is commonly useful in conjunction with HTML. CSS determines the size, color, and location of all page elements, whereas HTML organizes site text into chunks. This is also useful since the cascading portion of the term indicates that an applied style will cascade down from parent elements to all children elements throughout the site.
This feature eliminates the need for users to manually replicate their code across a website once they’ve decided on aesthetics for the primary parent.
Furthermore, users don’t have to totally redo a web page merely to alter a color.

CSS is a user-friendly programming language that allows newcomers to dip their toes into the metaphorical coding pool. If you’re new to coding, there’s no reason you shouldn’t start with CSS before moving on to more advanced languages.

Java is now the third most popular programming language among hiring managers worldwide (PDF, 2.4 MB) and has ranked #5 on Stack Overflow’s list of the most popular languages for the past two years.

Java’s popularity is for good reason; this language is relatively easy to learn and use, boasts incredible security and can handle massive amounts of data. These features make Java an ideal language for the online finance sector, and it is often handy in industries such as banking, billing and the stock market.

Java is a “write-once, run-anywhere” language because it can operate on any operating system. It’s thus great for creating apps for everything from mobile phones to PCs to remote processors, sensors, and a variety of other consumer electronics.

SQL, or Structured Query Language, is a programming language for querying and manipulating databases.
It is primarily intended for data management within an RDBMS as a domain-specific language (relational database management system). Simply put, SQL can search for and retrieve data from a database, as well as update, add, and delete records.

While SQL is extremely functional, it best suits to small databases and does not always adapt itself to large ones.

Despite this, SQL remains the industry’s third-most-used programming language, with over half (54.7%) of polled developers claiming to use it.

Non-relational SQL, or NoSQL, is to improve SQL’s scalability while keeping the language’s ease of use.

SQL is based on relational database/stream management systems, which store data in tables and let users to edit and extract it. NoSQL databases, on the other hand, don’t employ tables and are more suited to specialized tasks, such as storing data in a hierarchical network or enabling large-scale, cloud-based applications, than their predecessors. These two languages are high on our list of the most in-demand coding languages since they are both so versatile.

C# is becoming more popular as a general-purpose language for constructing web and desktop apps; according to HackerRank, one out of every five hiring managers is seeking for a developer who can write in C# (PDF, 2.4 MB).
There’s no denying that it’ll be one of the most in-demand coding languages in the future year; but, there are a variety of other reasons to keep it on your radar.

C#, like other popular languages, has a large community that works with it and helps newcomers. As a result, learning C# may be less difficult than learning some of the newer and less well-documented languages. C# is also suitable for creating the increasingly popular mobile apps and games This language will, without a doubt, continue to be helpful in the next years.

Rust has continuously scored at the top of Stack Overflow’s most-loved programming languages, with 86 percent of users expressing an interest in continuing to develop with it.

However, only 3% of respondents in the study said they used Rust, indicating that the great majority of programmers are unaware of its utility. Rust is a “multi-paradigm” programming language, which means it may be used to write code in a variety of ways.
It has a syntax similar to C++, but it supports a wider range of applications.

Rust is an excellent language to learn if you want faster compilation, better cross-platform capabilities, or just better career chances.

Developers that know Perl make 54 percent more than the average developer, according to HackerRank (PDF, 2.4MB). However, it’s worth mentioning that the majority of individuals who are aware of these are senior engineers, who tend to earn more on a regular basis — so attempting to quantify the “benefit” that a programming language delivers can be difficult. In general, learning a language like Perl, can help a junior developer get a promotion or increase.

Perl, or Practical Extraction and Report Language, is a scripting language that is often used to extract data from text files and generate reports. Perl is an interpreted language, in which the code is located and executed by a third “interpreting” machine.
Usually, interpreted programs take more CPU, but Perl makes small scripts that can be executed quickly because it is such a succinct language.

What this language is used for:

Go is a high-level programming language created by Google in 2007.
The efficiency of Go is what makes it stand out; it can run multiple processes at the same time. It also has a large “vocabulary” in comparison to other computer languages, which means it can display more data.

Go is a remarkable language that provides top-notch memory safety and management features, despite having a comparable syntax to C. Furthermore, the language’s structural typing capabilities provide a lot of flexibility and dynamism.
Furthermore, Go not only ranks high on programmers’ favorite and most-wanted lists, but it also correlates with a 33 percent pay raise (PDF, 2.4 MB).

16 thoughts on “11 Most In-Demand Programming Languages”