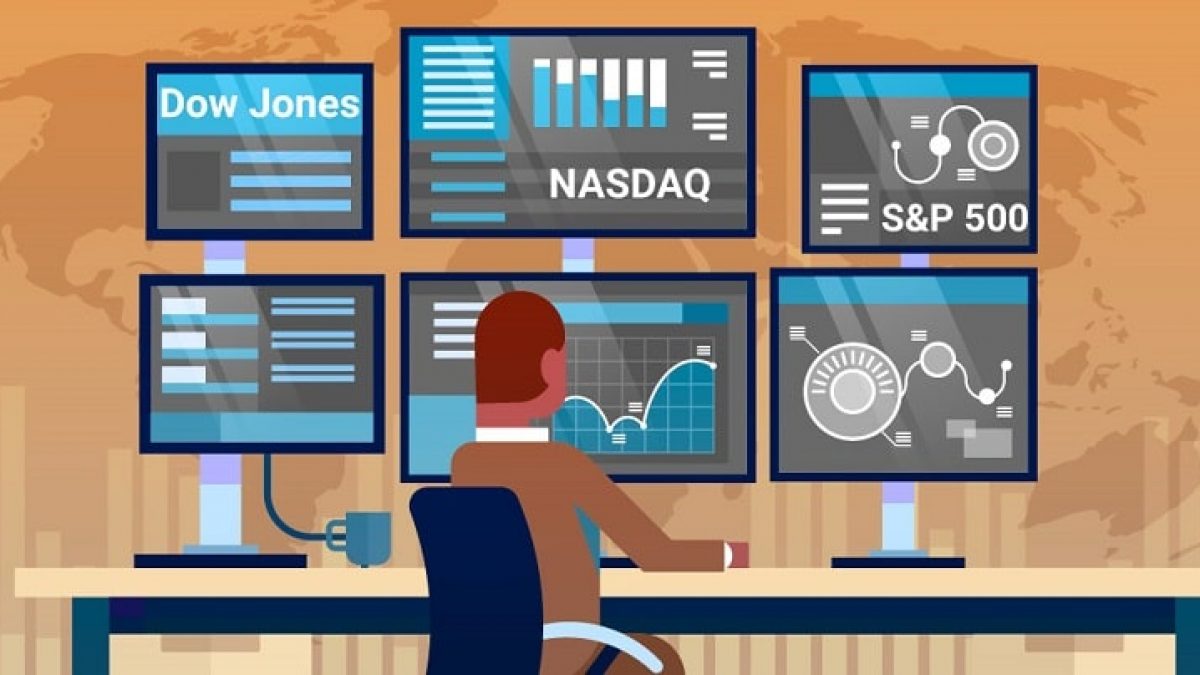 If you keep up with financial news, you’ve probably heard of the Dow Jones Industrial Average (DJIA), S&amp;P 500, and Nasdaq Composite Index. On any given day, all three indexes are considered to be gauges of market performance. They’re also the foundation for a slew of investment products based on their daily price swings.
Despite the financial language, distinguishing between indexes and products based on their performance can be difficult, if not impossible.

Now let’s start and speak about Nasdaq vs. S&P 500 vs. Dow: What’s the Difference?

Between the Nasdaq Composite, the S&amp;P 500, and the Dow Jones, there are three major differences.
The first is about the index’s coverage universe and the sectors that are in it.
In comparison to the Dow, the Nasdaq and S&P 500 indexes cover a wider range of companies from various industries.

Their way of giving weights to specific companies in their index is the second difference.
The Nasdaq and S&amp;P 500 use market capitalization to weight its constituents. Whereas the DJIA uses the price of the constituent stocks to determine their weight in the index.

The criteria used to choose members of the respective indexes are the ultimate distinction. In comparison to the other two, the Dow is more value-oriented and employs a combination of quantitative and qualitative elements to assess if a stock should be in an index. 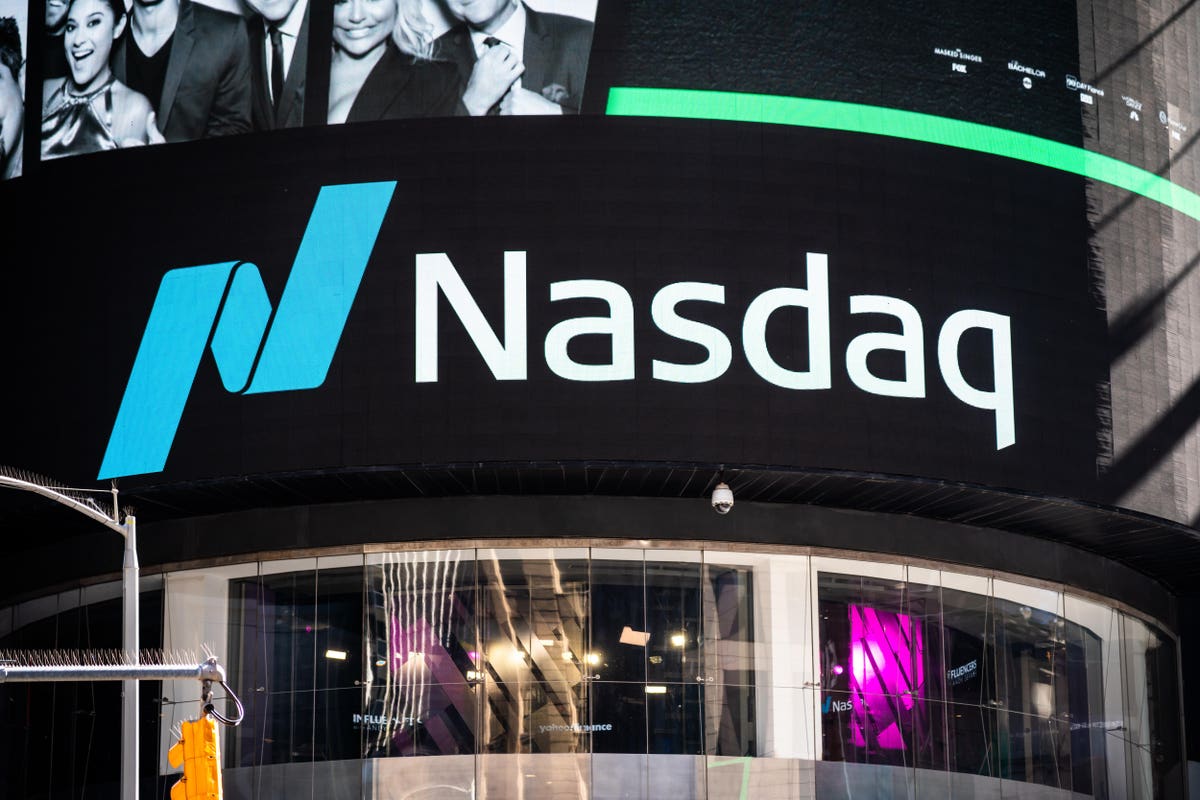 The Nasdaq Composite Index, which began with a value of 100 in 1971, now includes nearly all businesses listed on the Nasdaq stock exchange. A listing on the exchange is, in fact, one of the conditions for inclusion in the index.

The Nasdaq Composite is a capitalization-weighted index with over 3,000 equities as components. It allocates weightings based on the market capitalizations of the respective companies. The performance of the composite reflects that of the exchange, which is indicative of the technology sector’s performance.
This is due to the fact that the sector accounts for about half of the index’s entire makeup.
According to December 2021 study, the top 10 corporations tracked by the index were technology behemoths.

The Nasdaq Composite has risen in value as the tech industry has grown in importance.
The Nasdaq Composite, for example, reached 5,046.86 on March 9, 2000, amid the dotcom bubble that consumed tech companies at the turn of the century.
Shortly after, it plummeted by over 4,000 points, and it took 15 years for it to return to 5,000.
In 2021, the pandemic-induced stock boom increased tech valuations once more. And the index’s value soared to an all-time high of 16,057.44 on November 19, 2021.

It is the oldest of the three indexes, founded in 1896 with 12 members.
The Dow, as it is commonly known, has the fewest members, with only 30 constituents.
The Dow is a price-weighted large-cap index. It means that the daily stock prices of its participants determine its overall value.

As a result, a stock with a high price will have an outsized impact on the Dow’s worth.
The Dow is a blue-chip index because it tracks the performance of well-known corporations that are believed to represent a segment of the American economy.

However, it is not exhaustive. There are no utilities or transportation companies in the Dow, for example.
(The Dow Jones Utility Average and the Dow Jones Transportation Average keep track of them.)
The Dow Jones Industrial Average (DJIA) encompassed equities in nine industries as of December 2021. Ranging from information technology (IT) to energy and financials.

The Dow’s selection criteria include both quantitative and qualitative elements. As a result, it contains enterprises with a solid reputation in their respective industry and a track record of long-term profitability.
The index’s concentration on qualitative characteristics limits the number of companies that can join it.
The Nasdaq Composite and the S&amp;P 500, on the other hand, have a larger coverage universe that tries to cover a wide range of companies in many industries.

Because of its selected composition, the Dow is not necessarily a reliable indicator of stock market or economic success in the United States.
In a rising market, for example, it’s possible that investors will switch from known names to growth stocks that aren’t included in the index.
During these times, the S&amp;P 500, which comprises a larger number of companies, will outperform the DJIA.
On Nov. 8, 2021, the Dow reached an all-time high of 36,432.22 points.

The S&P 500 is a market-cap weighted index of large-cap stocks, similar to the Nasdaq Composite.
It has 500 members who represent a wide range of businesses from various industries.
The Global Industry Classification Standard (GICS), a global classification system of enterprises, was developed by S&P and MSCI in 1999, and the index now includes 11 sectors and 68 industries. In comparison to the Nasdaq Composite and the Dow, the S&P 500 is thought to represent a better indication of the market’s performance across all sectors.
The disadvantage of including more sectors in the index is that the S&amp;P 500 is more volatile than the Dow.
As a result, its gains may be greater on days when the market performs well. Also its losses may be greater on days when the market performs poorly.

A corporation must meet certain quantitative requirements to be included in the S&P 500. These requirements include a market capitalization of more than $11.8 billion, a public float of at least 10% of the company’s shares.
On December 10, 2021, the S&amp;P 500 achieved a high of 4,712.02.

Which Is a Better Investment: S&P 500, Nasdaq Composite, or the Dow?

The indexes’ valuations are significantly connected across all three industries. As a result, all three tend to increase or fall in lockstep. However, the magnitude of profits or losses varies by index.
The decision to invest in a specific index is based on your investment strategy and objectives. The S&P 500 is your best pick if you want to profit from market increases across the board.

The Dow, on the other hand, is a fantastic alternative if you want a safe strategy that tracks the price swings of well-known blue-chip stocks.
Even though the indexes replicate each other’s price movements, they produce varying individual returns depending on the economy and the state of the markets.

The higher figure for the S&amp;P 500 in 2010 was mostly due to the index’s inclusion of a greater number of tiny stocks, which attract capital flows during stock market booms.
During downturns, however, when investors flock to the relative safety and dividends of blue-chip firms in the Dow, the S&amp;P 500 loses value due to its high concentration of small stocks.

The S&amp;P 500, Dow, and Nasdaq are three different stock market indices.
The indices generally move in the same direction, although having various pedigrees, inclusion criteria, and sectoral compositions.

One index may offer larger returns than the others depending on the economy and the situation of the markets.
Due to the presence of more sectors and small-cap stocks in its portfolio, the S&P 500 can deliver bigger gains in rising markets than the Dow.
During downturns, the converse occurs, with investors flocking to the safe haven of well-established corporations with proven business plans and dividends.